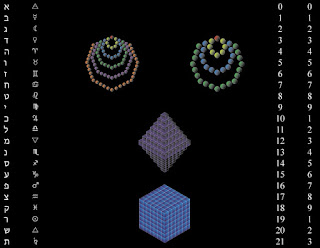 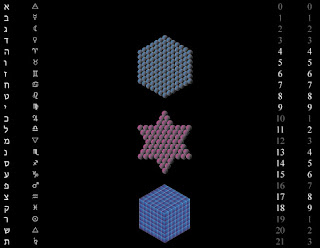 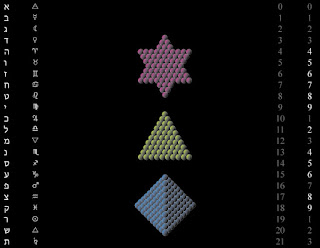 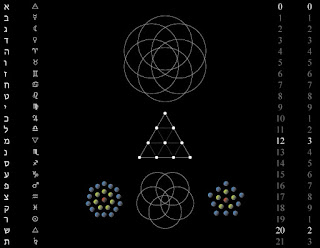 Posted by Unknown at 1:24 AM No comments: 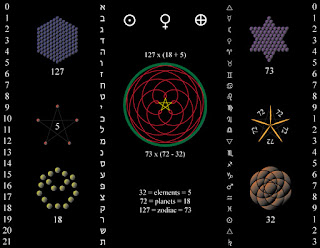 “Mirror, Mirror, on the Wall…”

By now you might have noticed some distinctive features to the cipher I use. Though, admittedly, any such system is, on some level, purely arbitrary, it was the enigmatic functionality of this particular codex which initially captured my attention. Whether or not it was “true” in some absolute sense, I was curious to know how this particular card trick worked and, if possible, where it came from. All of which was before I’d figured out any of that Great Pyramid business. http://1.bp.blogspot.com/-REdC2F2JEIQ/U8CuZUQLwoI/AAAAAAAAAPY/p9dl97tojrA/s1600/7-11.jpg

In fact, it was solely by looking for the mathematical underpinnings of this specific cipher that I stumbled across its’ Eye of Providence. Thus, I imagine a similar series of epiphanies had befallen others before me who’d made similar inquiries. Yet, in tracing its lineage of patterns and symbols, I’ve also stumbled across a number of “strange coincidences” which, in my opinion, raise some legitimate questions, however ‘bizarre’.

For instance: Borromean Rings and the Dragon Emperor. Though the early Milan pattern of trionfi in which they appear bear neither title nor numerical rank, that deck’s Emperor wears an emblem sharing a natural affinity with the infamous Pyramid built for a “king” under a Ram-headed deity’s protection and architecturally aligned to the dragon in the sky. Perhaps Sigismund & his Empress had a flair for interlinking circles, or maybe the cards’ painter merely suffered horror vacui, or a lineage to “Wodan” himself afforded the Emperor some hidden knowledge concerning the ‘valknot’. In any case, it is a synchrony embedded within this Visconti-Sforza deck which cannot easily shake the question: Did “they” know?
In addition, the Borromean Rings have another fascinating thing in common with “pyramids” – a topological feature likewise shared with the cipher’s attribution of planets to double letters within the alphabet.

Usually, one sees the 7 “planets” of antiquity (those visible to the naked eye) ordered sequentially in accord with their speed across the sky as seen from Earth: ♄♃♂☉♀☿☾

Arrayed around a circle, this sequence has been demonstrated to rearrange into the days of the week by applying a hexagram: ☉☽♂☿♃♀♄ 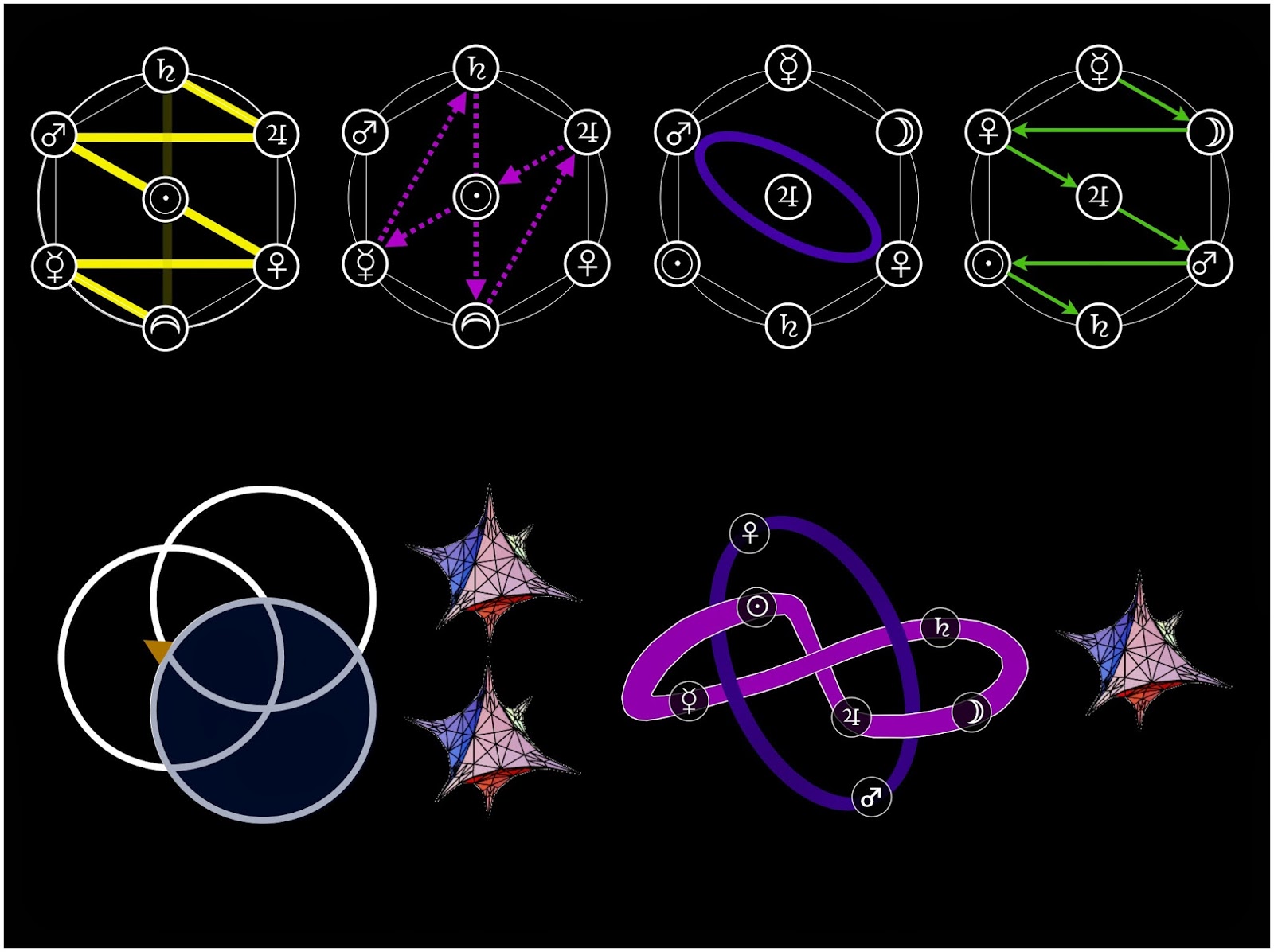 Both Borromean Rings and the Whitehead Link are particular to a branch of mathematics known as Topology. More specifically, to Knot Theory – a subject that arose in the latter half of the 19th century in support of Lord Kelvin’s theory that atoms were knots woven into the Aether. While it is feasible that this may have inspired the Golden Dawn’s Cipher Manuscript attributions of planet : double-letter, it wasn’t until the 1970’s that William Thurston demonstrated that both were hyperbolic links – distinct topological configurations that preserve the metrics for ideal octahedrons within a geometric space of curvature -1.

Their difference being: Borromean Rings preserve the metric for 2 ideal hyperbolic octahedrons, while the Whitehead Link preserves the metric for one.  In other words, 100+ years prior to the formalization of hyperbolic complements in knot theory, the GD Cipher Manuscript encoded a topological feature preserving the same geometric form, albeit in hyperbolic space, as the emblem upon the Dragon Emperor’s chest.  Thus, no matter how impossible it might appear, one cannot help but ask the question: Did “they” know?
Yet, whatever the answer, is it not fascinating to behold the architecture underpinning this interface of Tarot with Qabalah Tree where they meet at the 7th wonder of the world? https://www.youtube.com/watch?v=AGLPbSMxSUM

One day, while fooling around with a calculator, I noticed that the speed of light divided by pi = the number of square degrees in 10 whole sphere, multiplied by 231.321…

So, looked at another way, multiplying the sum of its branches (numbered 0-21) by the scope of its ten spheres, the qabalah tree closely approximates the speed of light in meters per second divided by the ratio of a circle’s circumference to its radius squared. Thus, if one literally looks at this cipher from a higher dimension one may actually ‘see the light’ - or at least a close approximation thereof. Food for thought should one choose to delve deeper into the projective model for hyperbolic space and its relationship to special relativity. http://en.wikipedia.org/wiki/Hyperboloid_model
Perhaps all of which is merely an epiphenomenon inadvertently evoked by this cipher’s distinct methodology of inducing recursions – an esoteric formula for constructing fractal alphabets to echo the macrocosm of creation. Or maybe “they” were al-ayins. I really don’t know. Like I said: “strange coincidences” – but, given some thought, one may be reminded of THE FOOL and how that sifr of no account has a way of turning THE WORLD downside-up.


Another set of hyperbolic curves of interest, at least with respect to the “zero-point” for our measure of years, follow the shadows cast by a nodus-based sundial upon the solstices/equinoxes at the beginning of the “Christian Era”. As Earth left the zodiacal ‘Age of Ares’ and entered into the ‘age of the fishes’, the Sun drew these curves from a cross of houses joining together the realms (domiciles) and exiles (detriments) of Jupiter with his son, Mercury. And, similar to this gnomic projection onto a disc, the glyphs representing those houses may be viewed as shadows cast from a “higher” dimension. 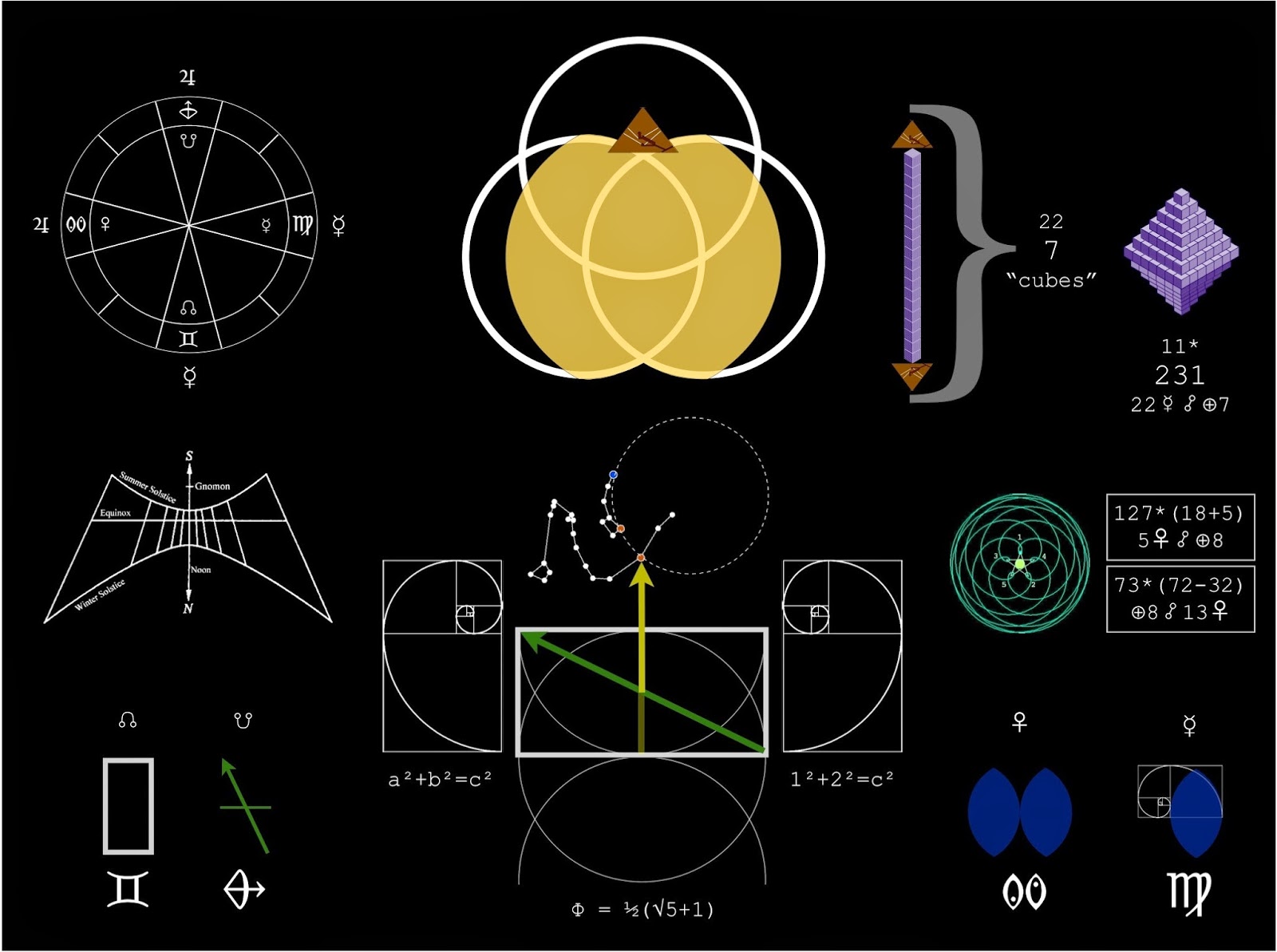 Thus, woven together, the son & the father upon this cross reveal a “holy spirit” of immortal gold while pointing the way of Herakles’ 11th labor.

Encircling this zero-point behind our year count is another set of features I would classify as “strange coincidences”. They involve the Great Bridge Builder (pontifex maximus) of the Roman Empire who, as high priest of the imperial pagan religion, was charged with keeping the civil calendar in step with Time its proper ceremonial observances. Prior to 153BC, the year did not begin upon the 1st day of the 1st month, but on the Ides of March instead – the day after 3.14 – as if it were beginning a new circle of days. In 14BC, the pontifex maximus Julius Ceasar was assassinated on the Ides of March, ominously warned not to go out until the day had gone. His successor, Augustus, died in 44AD, reputedly of natural causes and “coincidentally” upon August 19th - the 231st day of the year

As if an Octahedron of 7 were joined to a circle centered upon that “zero-point” of prophesied “birth” behind our calendar year. Naturally, if this had anything to do with the Triumph of Sforza standing above Draco, one would expect a good deal of 'Forethought' at work.

"Khnum is my Protector" 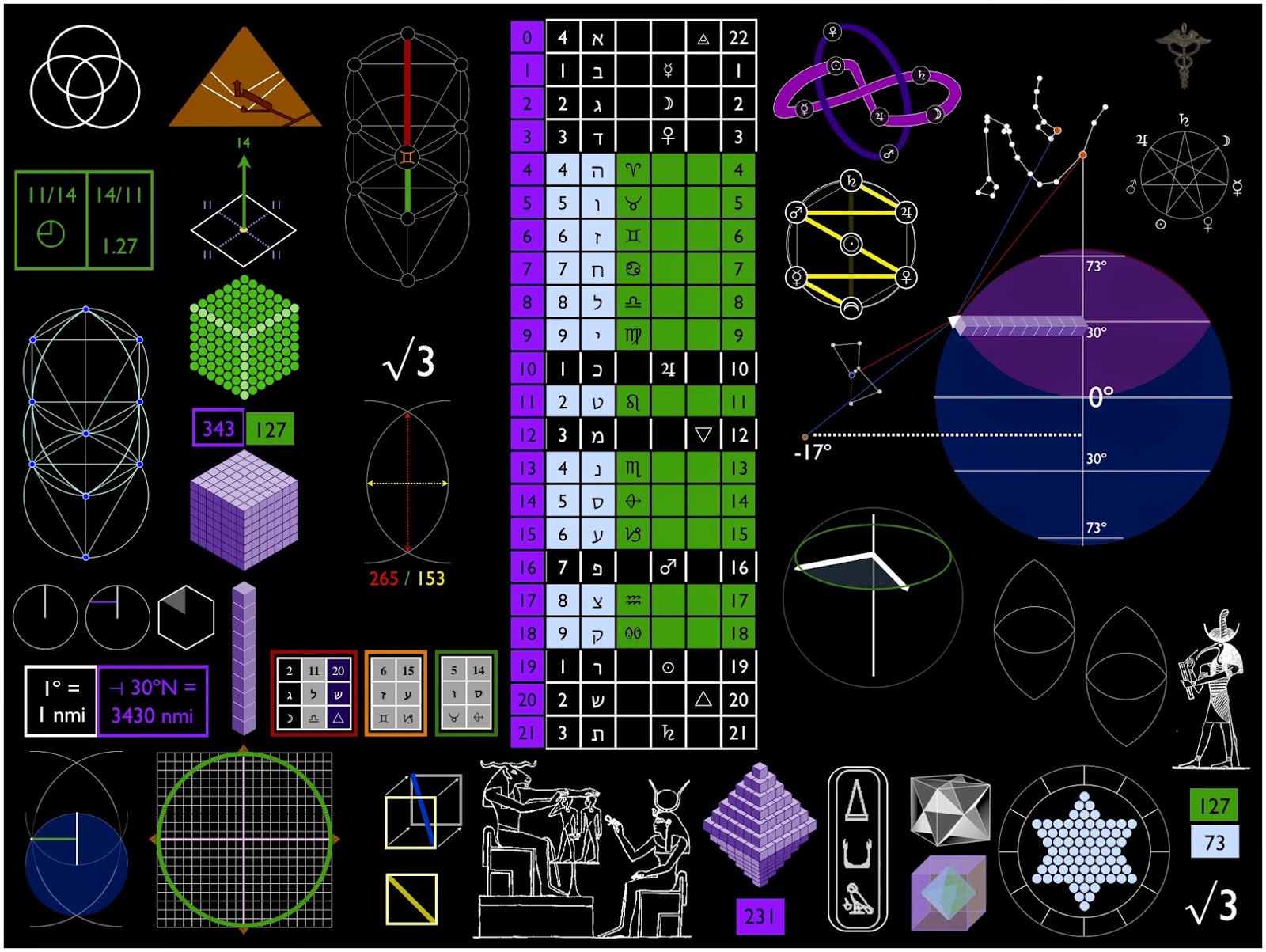 Our calendar bears the imprint of an ancient riddle concerning the nature of Time – obscured by a ‘confusion of tongues’, yet hidden in plain sight. It has been distilled through the ages, rectified & adjusted, fine-tuned to more readily help us gauge a metric upon an intangible. For though we may grasp it as a concept, witness its cyclical turn of seasons, or measure it by a music of the spheres - sun, moon, stars & planets - there is no ‘thing’ of Time we might grab hold of. It waits for no one.

Thus, a calendar is more than just a day-planner of practical use for a world of busy-bodies, it is an attempt to wrestle with that age old question: How can something come from nothing?

Days like today retain a signature of how the ancients used their alphabets symbolically to see an answer to this question by rendering it geometrically. Thus, that which eluded their literal grasp nonetheless took form in recognizable shapes deemed sacred – like shadows cast upon creation by a ‘divine light’. Through their craft of allegory and play on numbers they hoped to preserve hints and clues as to how one pieces that puzzle together. Yet, as with Time, they allude one’s grasp if taken too literally. And, in that respect, it helps to know the ‘measure-of-the-fish’.http://en.wikipedia.org/wiki/Vesica_piscis

But, if you can read the punchline in this paradigm, we might share a chuckle in finding that the Pyramid may not have ever had a Point. Or does it?

Posted by Unknown at 8:42 PM No comments: